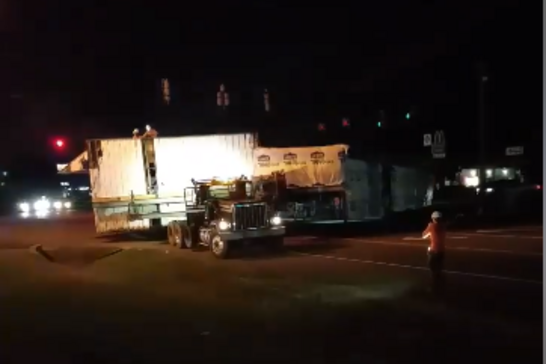 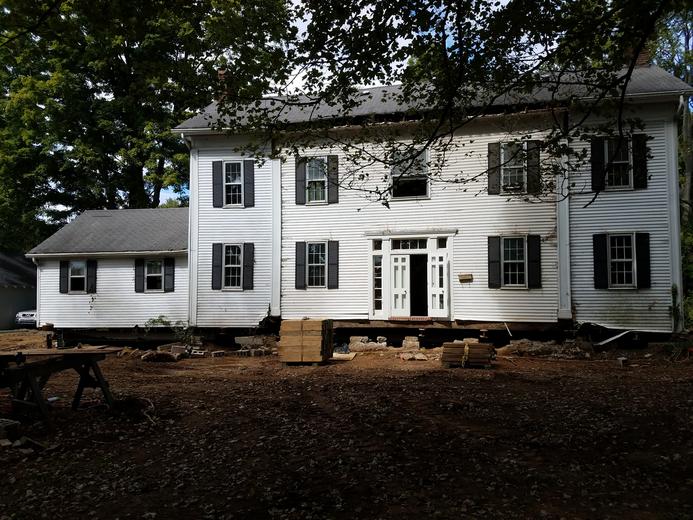 ​Simply put, we “move the unmovable” has become a slogan for our hard-working professionals because we hear that over and over again from our clients. With more than a decade of experience and hundreds of satisfied customers, we focus on delivering a timely, efficient and professional service.

In addition to helping move historical buildings and assisting the State with severe tornado damaged structures, here are few examples of the kind of projects we have been involved with…

Our most recent impressive move was the transportation of the first Cracker Barrel location from Highway 109 in Lebanon Tennessee to the Wilson County fairgrounds 12 miles away, also in Lebanon. The building was rather fragile and braced in a tremendous fashion by our team. The structure was 94 feet long and 40 feet wide, of timber frame construction. The building was not heavy, but its large size and unique weight distribution made the building a fun challenge for the Toothman Structure Movers boys to tackle, especially considering they were given only 7 days to load the building and remove it from the original sight as it was scheduled to be demolished. This move is yet another example of how the expert team at TSM is truly committed to saving the structures that are important to the history of Tennessee.

This particular job combined TSM's two favorite fields of work, history preservation and flood mitigation. On the outskirts of what was once a bloody battlefield during the most bloody conflict in American history, sat a beautiful, large white home, that now sits a little taller. This house once witnessed the Union Army camp on its lawns, and although to our knowledge it is not owned by a historical society, the home has a storied history. When TSM arrived the home needed a new foundation and a little height to knock down the flood insurance costs, and we were happy to oblige.

During the spring and summer of 2017, a Toothman Structure Mover led coalition moved the Teeter farms off one property and on to another. This move included moving an entire seed cleaning plant, a warehouse, multiple equipment sheds, several barns, and a slab office building. TSM and company moved a total of 13 large structures to an assortment of new sites on Teeter property.

One of TSM's heaviest, "unmovable," moves was the large, historic Franklin House mansion located in Gallatin Tennessee. In conjunction with Expert House Movers, Maryland branch, the mansion was moved with two massive fifty foot beams and a number of cross rails all hauled on four power dollies. The mansion was a spectacular feat as it weighed 162 tons and had to be driven over rail road tracks.

TSM was awarded the State bid for the relocation of twenty-three homes and five demolition homes in Nashville (I-40 White Bridge Road / Briley Parkway exit) with the following objectives:

• To relocate homes within the required deadline time (no later than December 31, 2001). TSM worked two shifts. The first shift loaded one house per day; the second shift Sunday through Thursday relocates home to the appropriate destination.

• Five homes were not movable but required demolition.

• All properties were to be brought back to grade level so they could be mowed until the new construction project was ready to begin.

This was a project of four structures on Wild Heart Ranch located in Mt. Eagle, TN. TSM was contracted to move these buildings from one side of the mountain to another side due to property values and the wonderful view. This project was completed in a seven-day window.

Structures were/are located on College Street, Dickson, TN. TSM was contracted to relocate all older homes to new locations. These homes are being recycled and development into a new sub-division for an investor.

With the Mt. Olive Church move there were two churches involved in relocating a fellowship hall. They contacted us to see if this move was possible. While challenging, indeed it was possible. The structure was 36 feet wide 60 feet long and 24 feet tall. We had to travel 39 miles of secondary road. All moves had to take place at night per KDOT requirements. Due to poor road conditions and clearance conditions, this move took thirty-five hours. All signs and mail boxes had to be removed, as well as many tree limbs along the way. In the end, the church treated us to coffee and doughnuts to show their appreciation for a job well done.